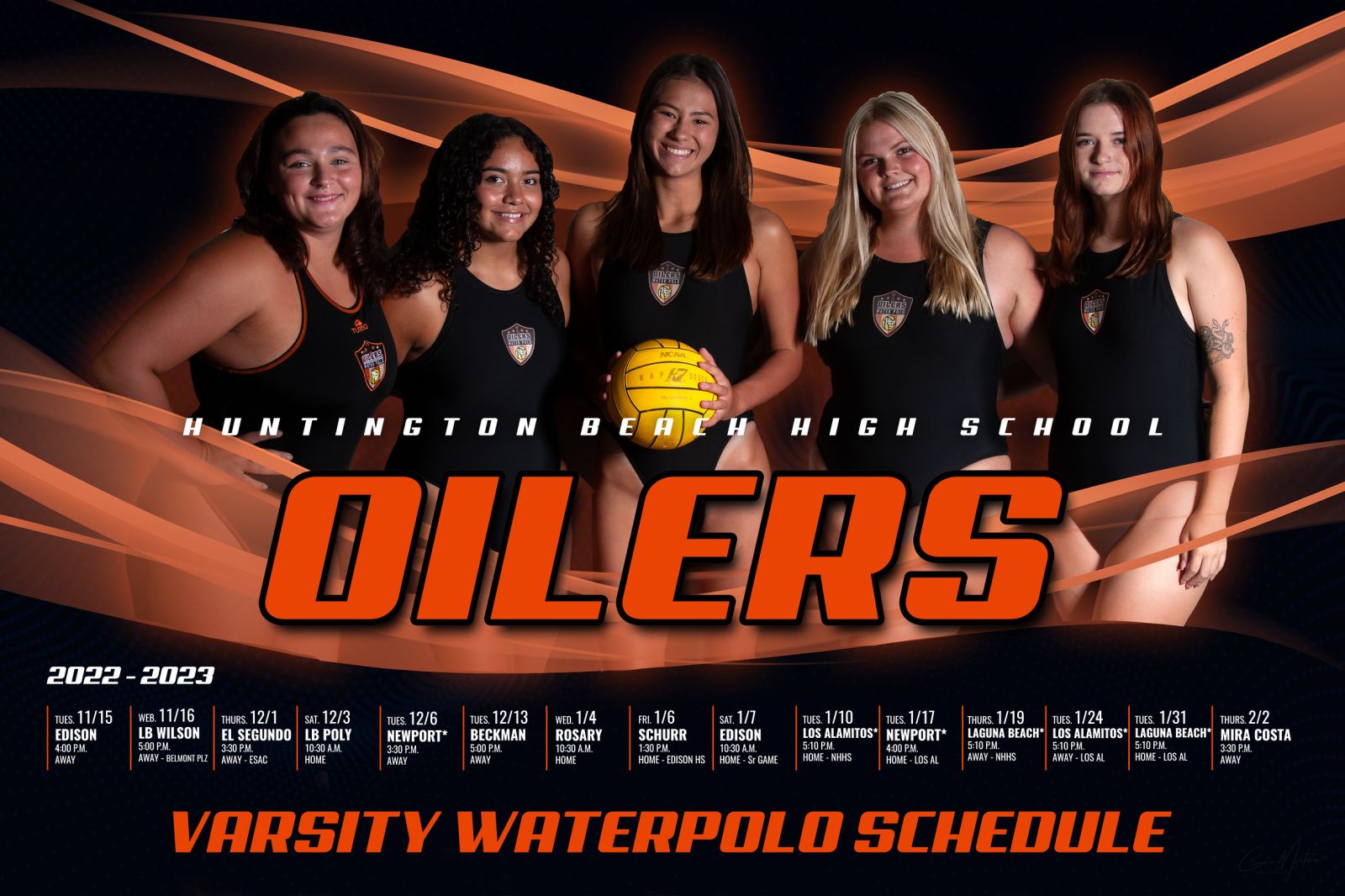 Donation and Sponsorship Links
2022-23 Coaching Staff
Beth Bailey (Head Coach)
babailey@hbuhsd.edu
805-284-5300
Coach Bailey comes to Huntington Beach High School from Occidental College, where she served as Head Assistant Coach of the men’s and women’s water polo teams. While at Occidental, she helped the men’s team achieve the first winning season since 2008. Bailey has also coached club and high school water polo, coached athletes in USA Water Polo’s Olympic Development Program, and has served as a National Team Selection Camp Coach. As high school coach, she took a new program to league finals in its second year. As club coach, Bailey led teams to multiple USAWP Junior Olympic gold medal games and brought home the gold at the 2021 and 2022 Junior Olympics with Sarasota United Water Polo Club.
“I am excited to join the program and work with student-athletes at Huntington Beach High School,” Bailey said. “It’s important to me to help prepare our next generation of strong women, and we will work together to grow and compete within our league and within the elite divisions of the CIF Southern Section”.
Bailey graduated from The Ohio State University with a bachelor’s degree in Industrial and Systems Engineering and earned a Master’s in Business Administration from UCLA. Beth’s husband, Jeff, is a water polo referee and they have two daughters, MJ, a goalie at UCLA and Viv, who will play for UC Irvine starting in 2023.
Kelly Doherty (Assistant Coach)
Coach Kelly started coaching while living in Barcelona, leading clinics and camps through Barcelona International Water Polo Academy. In 2019, she returned to coach at Huntington Beach High School and Huntington Beach Water Polo Club before it’s transition to Vanguard. She then coached one year at Mater Dei High School before returning to Huntington Beach HS for the 2022-23 season. She also serves as assistant coach at Fullerton College and coaches the 12u and 14u girls’ age groups at Vanguard where she earned a Gold Medal at the 2022 Junior Olympics.
Coach Kelly got her start playing water polo with HBWPC at 12 years old. She was a 2-year varsity letterwinner and D1 CIF qualifier in both swim and water polo at Rosary High School before relocating to Barcelona, Spain with her family. While abroad, she finished first in the Catalan national league in 2016 with CN Catalunya’s senior team. She returned to the U.S. to play for UC Berkeley before transferring home to Fullerton College in 2019, where she led the team to a state championship, earning First Team All-American, All-State, and All-League honors. Kelly and her dog, Pepper, live in Huntington Beach.
Sierra Cavano (2nd Assistant Coach - Frosh/Soph)

Coach Sierra started coaching in the summer of 2022 for Vanguard Aquatics. She currently serves as assistant coach for Vanguard's 12u girls team and also coaches the Splashball athletes.  She helped train the Vanguard 12u girls to a gold medal finish in 2022 at the USAWP Junior Olympics.

Coach Sierra started playing water polo with Vanguard Aquatics at 12 years old, and also played with Huntington Beach Water Polo Club until coming back to Vanguard. She is a graduate of Huntington Beach High School and was a four-year varsity player. She was an All-Conference and Academic All-Conference selection her senior year. Sierra played at Fresno State in 2021-22 before transferring to Long Beach City College for the 2022-23 season. Welcome back to HBHS, Coach Sierra!